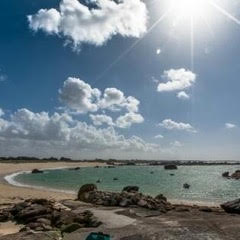 The Art of being fragile

Français Approaching the Moon to listen to the secret From ten to twenty-one years, I withdrew into myself to meditate, write, study books and things Letter to Pietro Briguent, April 21, 1820 Dear Giacomo, Taking care of life means taking care of something living, and which therefore oscillates to be a nucleus that is stable […]

Approach the Moon to listen to her secret

From ten to twenty-one years,

I withdrew into myself

Taking care of life means taking care of something living, and which therefore oscillates from being a nucleus that is stable and that, on the contrary, which is transformed. Like the moon.
Among the objects that you have observed with the most attention, seeing in them the synthesis of the existential journey, one of the most important is the moon, which you have studied and continuously sought because it is reluctant to deliver its secret, it which, by a curious agreement between rotations and revolutions, offers to our eyes always the same face.
When we stare at it – as you did – we get a chill, especially when it is full.  When it is not, looking at it evokes a spell of nostalgia.  From week to week, this beauty is perfected and accomplished, then it decreases and nostalgia returns.  The beauty of the moon lies in its ability to be full, its completeness achieved renews desire.
A Greek philosopher wrote that the word <beauty> (Kalós) derives from the verb <call> (Kaleo).  This is probably a false etymology, but the basic intuition remains valid.  Beauty is a call, beautiful things invite us to fulfil ourselves.  If they had the floor, they would use it in the form of a question:
The full moon is a beauty that has been long and patiently prepared, and by the moment you look at it, it is already vanishing, reaffirming that you never possess beauty, that it is always further away.  The moon calls, calls, invites, invites, and remembers something else.
That is why in the poetry you dedicated to her, To the Moon, which seems to be a dialogue with the beloved, you sing it as a perpetual symbol starting over:

O moon full of grace, it reminds me,
On this pass I came (the year comes back)
Watching you with your heart swollen with anguish;
You were then resting on that woodland
Like today, and you illuminated it.

But it was precisely the silent dialogue with this luminous fullness that awakened in you the meaning of a painful incompleteness:

But, nebulous, trembling, under tears
That came to my eyes, appearing to me
Your clear face, for it is full of torments
Was my life – which has not changed since then
O my beloved moon! And yet
I like to remember and count
The age of my pain.  Oh, how expensive is it?
In youth, when hope is long
Again, and in short the course of memory,
The memory of things that have disappeared,
Still sad and suffering lasts!

You sang it like the Greek lyrics, the moon, because it was about the meaning of your life.  If you had ever forgotten the moon, you would have forgotten yourself.  You sang it in your adolescence, a time of life when << hope is still long / in short the course of memory>>, because over experience then prevails the momentum towards the future.  You idealized it as a symbol of the art of hope, when life had become too heavy.
It is said that your ultimate verses, dictated on the eve of your death, were dedicated to the setting of the moon: it will have accompanied you to the end as the symbol of who welcomes his destiny and remains faithful to it, despite his perpetual change.  But of her, mirror of your soul, you did not possess the unconsciousness, however, that you envied her.  Being aware of the disproportion between our desire for infinity and our limits upsets us, unlike the moon, which, although changing, remains true to itself in the precision of its unconscious course.
Fidelity to one’s own destiny, which the Greeks did not by chance call moira, that is, the assigned part, thus the only way to be happy on this earth is to be unhappy in a happy way when one fails to do so, because the principle of inspiration that guides us has the power to be able to burn the obstacle and the failure, and even finds in them the material to renew its flame.
I also owe you that dear Giacomo: to have made me see, through your flesh and your poetry, what it means to remain faithful to your destiny, whatever the conditions in which it will be accomplished, and even by accepting these conditions as the opportunity, the material, to realize your own work of art.
A lady, when I asked her one day what she had learned from you, replied: << Two aspects.  Melancholy and the strength to never give up, until the end.>> Your life, Giacomo, was the untamed struggle of a soul who was delighted by beauty and who fought to find its verses: if it does not succeed, it allows itself the good melancholy, that is, the pain of not having been at the height and the desire to try again, but without fleeing, remaining on the contrary in this pain, like the seed that, during the winter cold, awaits better times, waits to be at the height of the next ray of sun.
When life seemed to deprive you of what every teenager wants (a loving body, gratitude, love), you drew from the inexhaustible treasure of your delight to draw new things from it, whatever the opinion of others. In this way you freed others from their consensus cages and used your energies in the inspired patience that this call required.
The secret you told me is that this destiny is never quite achieved, because life is not balance but tension. In nature, that which stops has reached death. This is undoubtedly the most uncomfortable part of your message: that fullness is never entirely conquered, but that it <faithful movement> or <dynamic fidelity>, because we are beings who live in time, called to adhere to life and its mutations. Rapture, as in love, is the centre that gives us energy, but it is constantly put to the test, like an antiseismic structure, whose secret is not the reassuring rigidity of the <done once and for all>, but its elasticity, its ability to appropriate the demands and to support them : resilience and resistance. Only in this way does life not become boring and sclerotic on rigid certainties, but it is heroic and erotic, always in tension towards achievement.
But what if it’s the very life that sometimes seems to stand in the way of all this? Isn’t that the one we should trust, Giacomo?  What if she, precisely her, betrays us after seducing, delighting, calling us?……..

How a Poet can save our lives